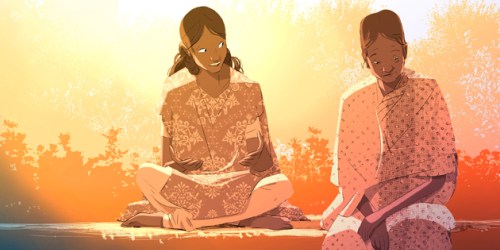 The World Health Organization (WHO) marks World Health Day on April 7th. Every year, this WHO Day has a different theme; in 2017 the theme is Depression: Let’s talk.

According to WHO, “more than 300 million people are now living with depression, an increase of more than 18% between 2005 and 2015”. All around the world people suffering from depression are also severely affected by the lack of available resources and treatment, and the persistence of prejudice, stigma and discrimination against them.[1]

Many trans and gender diverse people are among those dramatically affected by depression and its consequences.[2] Shockingly, but not surprisingly, different studies show trans and gender diverse people to be impacted by the combination of several preventable factors associated with depression,[3] including stigma, discrimination and violence; lack of affirmative support from families, communities and peers; harassment, marginalization and other forms of bullying at educational institutions; exclusion from healthcare, housing and employment; persecution, police brutality, lack of access to justice and imprisonment, including torture, sexual assault and solitary confinement; lack of access to legal recognition, or restricted access under conditions incompatible with human rights, including pathologization, sterilization and divorce.[4,5]

These structural and systemic factors impact with particular force upon trans and gender diverse people of color, indigenous, sex workers, drug users, migrants and those living with HIV and Hepatitis C; those in prison, homeless and/or living in conditions of extreme poverty.[6] They also impact upon those of us embodying other forms of bodily diversity, including disabled, neuro-diverse, intersex and fat trans and gender diverse people. Trans children and adolescents, as well as elders, are particularly vulnerable to those factors.[7] In our realities, characterized worldwide by naturalized forms of oppression, exploitation and exclusion, a mental health field that is increasingly dominated by insurance and pharmaceutical companies is leaving millions of people excluded from treatment, including trans and gender diverse people.

Pathologization plays a key role in producing and reproducing depression among trans and gender diverse people.[8] Being diagnosed as mentally disordered people just because of who we are and how we express our gender not only poses a heavy burden on our daily lives: it also challenges our very access to mental health, including treatment for depression.[9] Instead of paying attention to those factors impairing our mental health, many healthcare providers prefer to focus their attention on our gender identity and expression themselves as the root cause for depression. This wrong approach interferes with our possibilities of receiving proper mental care. In other cases, stigma, discrimination and violence at healthcare facilities make them exclusionary for those of us in need, looking for care.[10]

On this World Health Day, we call on WHO, States, professional mental health associations and human rights institutions worldwide to join our struggle to:

Defend and promote access to healthcare as a key human rights issue.
Put an end to human rights violations against trans and gender diverse people, to fully investigate those violations and to ensure adequate reparations for their victims.
Ensure trans and gender diverse people have access to healthcare, including mental health treatment.
Depathologize trans and gender diverse people’s gender identities and expressions while ensuring our full access to human rights, including legal gender recognition, gender-affirming procedures and treatments and their coverage.
Increase social awareness, available resources and treatment opportunities for depression and other mental health issues while dismantling all forms of prejudice, stigma and discrimination against people affected by them.