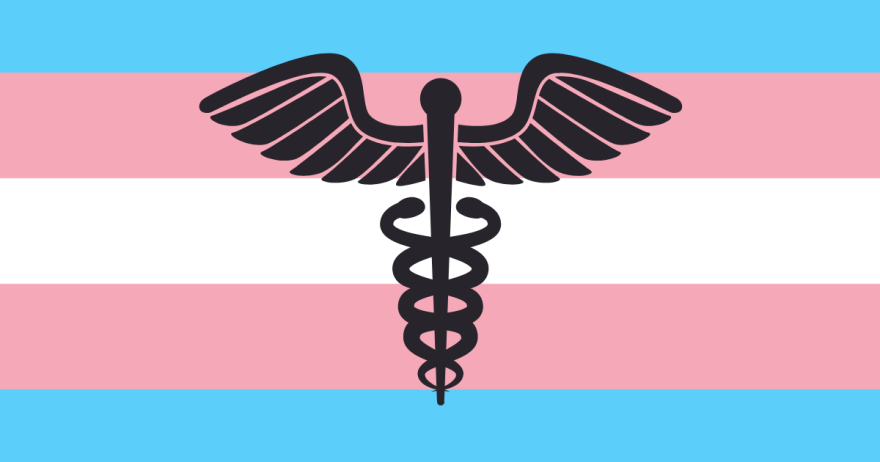 One of the most stressful experiences as a transgender, non-binary, or intersex individual is interacting with the healthcare system. Be it physicians, nurses, or front desk staff; entering healthcare spaces often comes with vulnerability, exposure, risk of coercive protocols, and the unwanted role of having to educate healthcare providers about your identity and healthcare needs. Yet members of these populations face well-known health disparities that make access to the healthcare system crucial.

Researchers out of the University of Michigan sought to understand more about the impact of interactions with healthcare providers on the mental health of transgender and non-binary (TGNB) individuals. In introducing this research question, the authors detailed what is already known about this topic. First, they state that it is important to consider interacting aspects of identity as TGNB people of color and disabled TGNB folks are more likely to experience discrimination in the healthcare system than white non-disabled TGNB folks. One common scenario faced by the TGNB population is having providers that do not understand TGNB concepts, including this population’s healthcare needs. Lack of provider understanding is associated with pathologizing of patients and denial of care. There is an added burden for non-binary individuals who often face more misgendering by providers than binary trans folks.

Using data from the U.S. transgender survey conducted in 2015, the authors of this study examined how provider interactions with TGNB folks correlated with their mental health outcomes. They also sought to quantify how often TGNB folks need to educate providers and how often they have a respectful provider who knows they are TGNB. Notably this survey was only available in English and Spanish, and was only offered to those who identified as TGNB, not intersex. In the end 27,715 individuals completed the survey and it remains one of the largest sources of data in the world about the TGNB .

This study had many telling results. The first was that over one third of the sample endorsed having a disrespectful provider who knew they were TGNB. Individuals who reported depression and suicide were more likely to report having to educate their provider about TGNB concepts and were less likely to report respectful provider interactions. Compared to binary trans individuals, non-binary folks were less likely to report having a provider that was both aware that they were non-binary and treated them with . They also reported fewer experiences of having to educate providers, though this could be related to disclosure of their non-binary status. The author’s primary listed implication of this study is that it demonstrates a clear need for increased provider education about TGNB folks. This education should include the nuances of gender diversity within the trans community and implications for folks with multiple marginalized identities.

This study showed correlations between negative mental health outcomes and negative provider interactions in the TGNB population. While this is an association and not a causal link, it empirically aligns with well-known sentiments within the TGNB community about the stress that comes with having to educate providers or otherwise face discrimination within the healthcare system. Notably, this study did not include intersex individuals. It may be, however, that intersex individuals’ experiences within the healthcare system are negative in parallel ways to those in the TGNB community due to physicians’ little, if any, robust education on intersex healthcare . Indeed, evidence suggests that intersex individuals are more likely than the general population to report poor experiences with the healthcare system including poor communication with providers.

While important, the implication that medical education should prioritize teaching about TGNB health is not a satisfactory conclusion. For years, there have been calls for medical education to improve teaching about this topic. This solution often takes the spotlight when there are other important steps healthcare systems should take. Increasing representation of TGNB folks within medicine should be encouraged. While cis individuals can and should educate themselves about the trans experience, true understanding from shared experiences cannot be replaced. In a parallel fashion, while endosex individuals can and should educate themselves about intersex experiences, intersex-centered experience and service provision cannot be adequately generated within endonormative culture. We should also consider increasing accountability measures for providers and healthcare systems to ensure they are treating TGNB patients with not only respect, but with up-to-date standards of care. In the end, this study fills a niche in the TGNB literature and hopefully leads providers to be more mindful, respectful, and knowledgeable in their interactions with TGNB patients. Simultaneously, providers should commit to better practices in treating intersex people that reject coercive surgical and hormone treatments, but this falls outside the intended scope of this study.

*Special thanks to Matteo Francino for offering invaluable advise on intersex issues.